Initially, my perspective was that I was the only that felt this way, but when I finished it I realized that I’m not the only person that feels this way and so I extended my poem to shout out to others. In my first draft I wrote, “Sensitivity is the way I feel Negativity is the thing that hurts Passivity Is the way I thought.” It just ended at that point and so I added a whole other piece about how others can overcome. So i wrote, “Happiness Is what we need bliss is what we need madness is what we don’t.” I thought it was important to turn the poem into a recovery type poem to support others.
I have shown growth as a poet through the changes I made to make my message clearer and adding more details to the poem over time. For example, “Treat me like I have done a satanic pannage, It makes me wish I can move to plantage.” At first, this sentence made absolutely no sense and so I changed it to, “Got less respect than a brown rat, makes me wish I lived under a sea mat.” When I finished my poem I looked at it and thought “is this poem for me or people that are like me” and so I made two different versions of the poem where I said everything as if i was standing up for a certain people which is what i wanted to do in the first place. These changes I made to my poem impacted my message by adding more rhyme and truth to make it more powerful.
One of the most significant pieces I changed from my first draft to final is the tone. In the first draft the tone was sad and heart breaking and it just ended “Got less respect than a rat” but then i changed it into a hert felt ending “The power of caring for each other”

“Lend the Helping Hand”
By Elijah Parker
My art piece is about a hand named Lend that loves to help people. He helps people because he gets a satisfaction from it.  That satisfaction is called meaning. Meaning is that when you help someone, they feel happy and you gain empathy for them. ​ 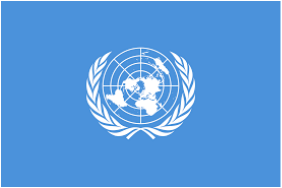 ​​The North Korea Model UN project was based around the final goal of being able to participate in a UN style/format debate while taking up the view of your country. I was chosen to be the Mexican  Federation in this project and had to take up a very complicated opinion upon the North Korea nuclear weapons program. At the beginning of the project I had the opposite views than that of Russia, but throughout the project I started to convince myself of the same opinion. By the end I believed as my country did, it was a odd transformation for sure, but I appreciate the experience and academic/personal growth I received. Overall I really enjoyed this project, it was without a doubt my favorite project ever of my schooling.
​and below you will see my SPEECH i made for solving the NK's Nuclear  PROBLEM.